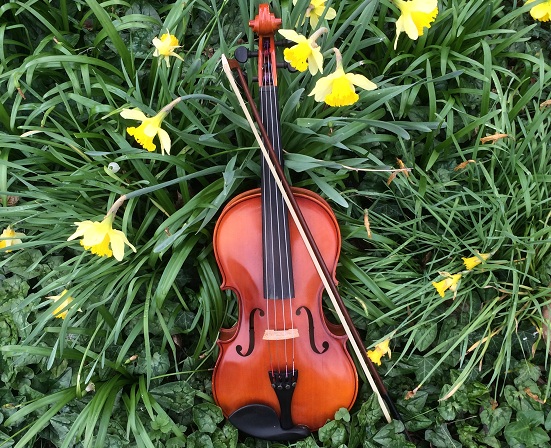 A solo clarinet gives out a sedate four-note figure that will assume increasing importance throughout the piece. Following in the wake of the flutes, the soloist enters with a theme featuring a wide leap upwards. After a brief silence, the second group begins with a weeping figure from the soloist, though the background material on muted horns is to become more important. The speed doubles, with new material which gradually takes on the character of a development. A recapitulation is signaled by the four-note figure, leading to a climax which compresses the first subject and both aspects of the second subject simulataneously. This is cut off, leaving the soloist alone in a huge void formed by high violins and low double basses.

After some discussion of the four-note figure in largo tempo, the central section of the piece is set for strings only, with a lone clarinet entering when this new material is reprised. The music becomes transfixed, with the four-note figure echoing between muted horns and then multiply divided strings.The mood is shattered by a violent outburst which then leads into the final section, essentially a wild folk dance. The tempo relaxes slightly to usher in a recapitulation of the opening music, redundancy being avoid by the extreme compression of the recapitulation earlier. After this, the dance returns leading to a blazing climax based on the four-note figure and a breathless conclusion. Just before the end, the horns blare out the rising figure from the opening.