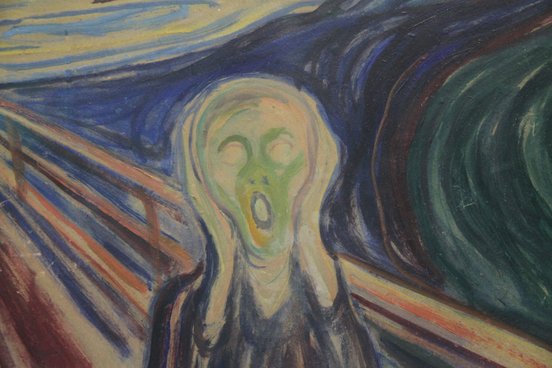 This piece uses material from an early string quartet that I wrote in 1981 when I was 24. A few bars have been removed where I felt that the younger composer was labouring the point a little, and the section from letter L to N is new, developing two ideas that I felt had been neglected. In its original quartet form, the piece would not have worked because the textures were too thin: in particular, the cello part was too often in its lowest range. I have filled the music out to correct this and to keep it moving where I feel it had lost momentum.

The symphony grows out of tiny motifs presented within the first minute of the piece: the opening phrase on cellos and bases, the four notes which follow immediately on violas, and a three-note phrase first heard on two solo violins. A little later, a solo viola has a short rising figure which too is to play an important role in the proceedings. Three related landmarks stand out, all featuring screaming strings attempting to make themselves heard in an increasingly hostile environment. The third of these takes the cellos into the extreme top register, their barely-articulate cries punctuated by threatening outbursts from brass, wind and timpani.

The mood is one of desperation in the teeth of impending catastrophe. The quiet closing bars make some attempt at consolation, but arrival at the hoped-for C major is thwarted, the second violins trilling between E flat and E natural as the music fades into silence.

Symphony no. 8 was commissioned by the English Symphony Orchestra and first performed by them as part of the Three Choirs Festival in Kidderminster in July 2021. The piece was recorded for subsequent release on the Nimbus label.