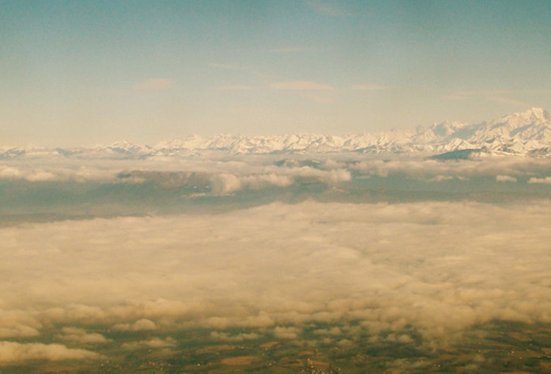 The Second Symphony was an attempt to "nail" the classical symphony before moving onto other things. Tonality in the classical sense therefore plays perhaps more of a role than in my later symphonies. The first movement perhaps owes some debt to Bruckner in the scale of its architecture, while the finale will certainly remind listeners of Sibelius. The symphony is in four movements, with the fourth following the third without a break.

The first movement is in sonata form, its first subject comprising a wealth of small motives given out against a background of tremolo violins and spitting flutes. From a formal point of view, perhaps the most important of these is the figure heard in cellos and basses at the outset: G-C-Eb-Ab. This foreshadows the tonal progression of the symphony: it would like to be in C, but is immediately thwarted by the move to Ab. Much of the symphony deals with the battle of these two keys for supremacy, with C ultimately winning out. But this long first movement (the repeated exposition is essential for formal balance) has to content itself with reaching an unsteady Ab.

The following adagio was written some time after the other three, and only came to me after the death of my father in 2004, so it is not surprisingly funereal in tone, moving from a kind of Ab minor, rising to a powerful climax and dying away in a grieving coda that is more or less in C minor.

The vivace third movement is based on my change-ringing technique, this time applied to a twelve-note series. The outer sections are mostly in unison and octaves, while the central trio section offers us the disconcerting phenomenon of a "vamp-till-ready" accompaniment to a melody that has no-one to play it. Various woodwinds have a go, and then the violins, but in the wrong key. While this is going on, the series starts to turn again in readiness for the return of the opening section. This means that the notes are now in a totally different order from the first time round, but - and here's the thing - because the orchestration and dynamics are identical, the listener is tricked into believing he is hearing an exact recapitulation. This leads regularly to a return of the trio section, and this time the musicians who are supposed to be playing the tune (another musical hall waltz, as it turns out) have shown up. The accompaniment, however, is not entirely in the right key and out of the wildly discordant free-for-all the brass proudly hit on C major for the first time in the symphony - and a glorious moment it is too. We cannot yet know it, but the waltz theme here proclaims its kinship with the coming theme of the fourth movement.

Having reached C major, the symphony is not about to relinquish its hold on it easily, and the calm first theme rolls out on a pair of clarinets, punctuated by distant fanfares on muted trumpets, over an unchanging C major chord in tremolo violins lasting over twenty bars of moderate tempo. But this pure C major gradually becomes polluted by alien notes, leading to a violent transition passage. Over trilling violas, low woodwind announce the second subject: an obsessive rhythmic figure. This is passed around the orchestra until it reaches a brief climax on trumpets and timpani. The development begins with a saltato version of the first subject on the strings and soon a new, aspiring theme featuring an oscillating minor seventh begins on the oboe and is taken up by clarinet and then high first violins, reaching Eb major, in which key a false recapitulation begins on the flute. The main theme was so extensively treated the first time round that it can afford to be merely hinted at here, leaving room for a massive expansion of the rhythmic second subject. The spitting flutes from the opening of the symphony return here to initiate this and soon all hell breaks loose in a violently dissonant passage that the timpani anchor remorselessly to Ab. With a heave, the music reaches Eb (is this the dominant of Ab?) and the aspiring rising seventh theme enters the fray on the horns as the music grows in excitement. A last-minute Neapolitan switch brings us to a resplendent C major, where it is revealed that first and second subjects can go together very nicely, bringing the symphony to a glowing conclusion. At the last minute, Ab tries one last time to sneak back in but is prevented from doing so by the three mighty shouts with which the symphony ends.