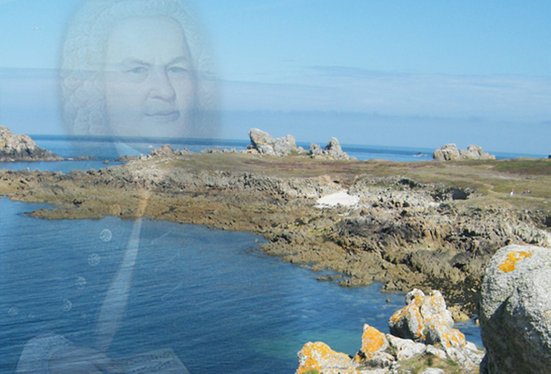 "Elcock has a strong musical personality, and his works show great originality. Plus, they have an internal logic that guides the listener through the music."

This was my first orchestral piece. It is a recomposition of the Sarabande from Bach's Partita for solo violin in B minor. I wanted to capture the radiance of the opening bars of this piece, as well as its generous, human qualities. Each bar of Bach's piece is dissected and rewoven into a symphonic movement ofsome 25 minutes duration.

At the end of the piece, a solo violin plays Bach's Sarabande exactly as Bach wrote it. The orchestra gradually rises up around it, in particularly using the rising fourths implied in Bach's own harmonisation of his opening bars. As the orchestra almost, but not quite, drowns out the soloist, the clash of new with old is deliberate, suggesting, to me, a handshake across the centuries.

Haven was recorded on July 8 - 12 2019 by the Siberian Symphony Orchestra conducted by Dmitry Vasiliev and released as TOCC0445 on the Toccata Classics label.