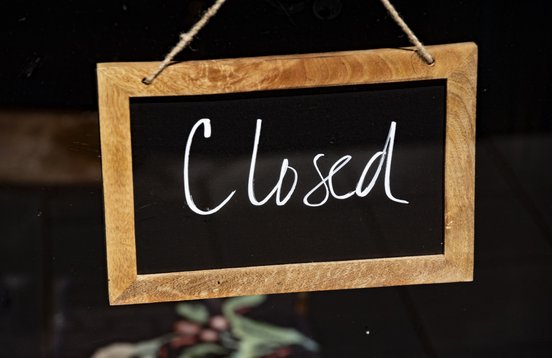 The conductor Ken Woods mentioned some time ago that he quite liked to end a concert with an overture and that it might be a good idea if such a piece were written especially for that purpose. I jokingly said that I was working on one, and that it would be called "Fermeture", the French word for closure, as "ouverture" is French for opening. I wasn't really, of course, but then I thought "what if I did?".

In performance, the conductor would bounce back onto the stage, and without waiting for the audience to shut up, give a swashbuckling third-beat slash to the timpanist to set things in motion. The piece is short enough - and I hope exciting enough - not to bore an audience who has already sat through a full programme, and it comes complete with a central "big tune", in the best English style. Instead of a triumphant ending, the final bars call to mind the curtain coming crashing down to put an end to the proceedings.