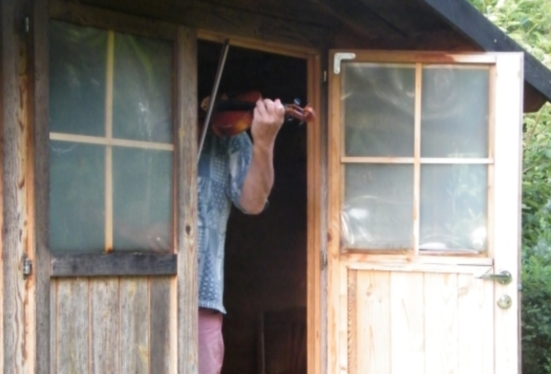 "Toccata Classics has already released the first volume of Steve Elcock's orchestral works. This collection of chamber music provides another facet to this composer's intriguing music. As a composer, Elcock's a recent discovery. For years he worked his day job, composing in his leisure time and filing his pieces away."

The Shed Dances were written in 2016 at the suggestion of Ruth Chalkley, a patient with ataxia. The dances were composed for a project to raise awareness of the work of Heinrich Frenkel (1860-1931) who dedicated his life to developing exercices to rehabilitation for the form of ataxia he recognized.

Subsequently, I made an arrangement for clarinet quartet, and it it this version that was recorded by the Veles Ensemble with Peter Cigleris in May 2018 and released on the Toccata Classics label.

Three of the dances contain self-explanatory dance names in their title. Of the others, Leaden Clog Dances struggles to break away from the grip of a seemingly random, but in reality highly organized, rhythmic frame; Boneyard Antics features an unruly skeleton who initially can neither dance in time nor play in the right key; and Rampant Scavenger is a wild presto based on material that in substance I wrote when aged seventeen.